FFB has developed networking and partnership with existing journalist networks and organizations in Bangladesh for knowledge sharing and capacity building of national and regional level journalists on news reporting on genetic engineering, transgenic crop, and other applications of modern agribiotechnology. 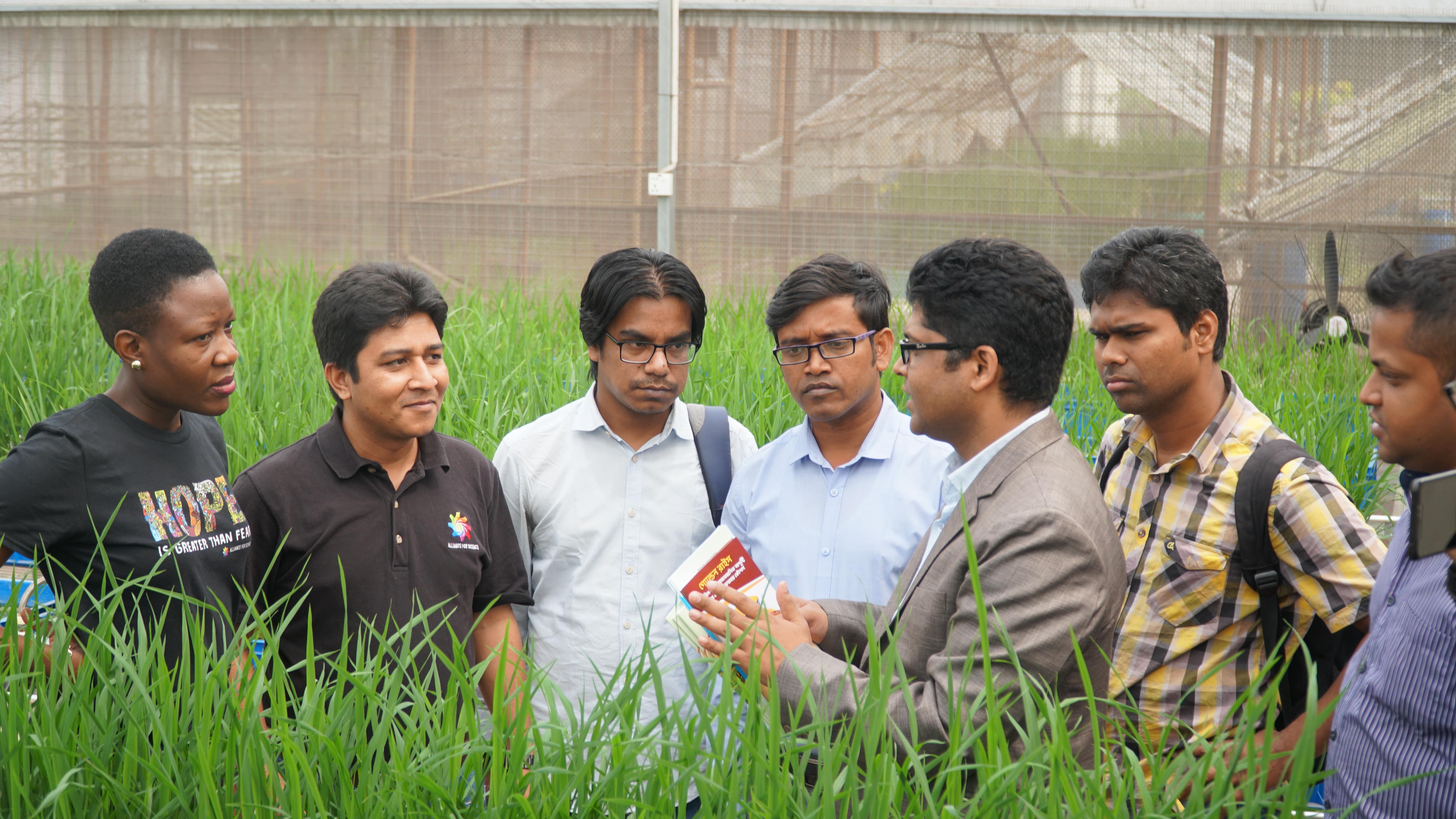 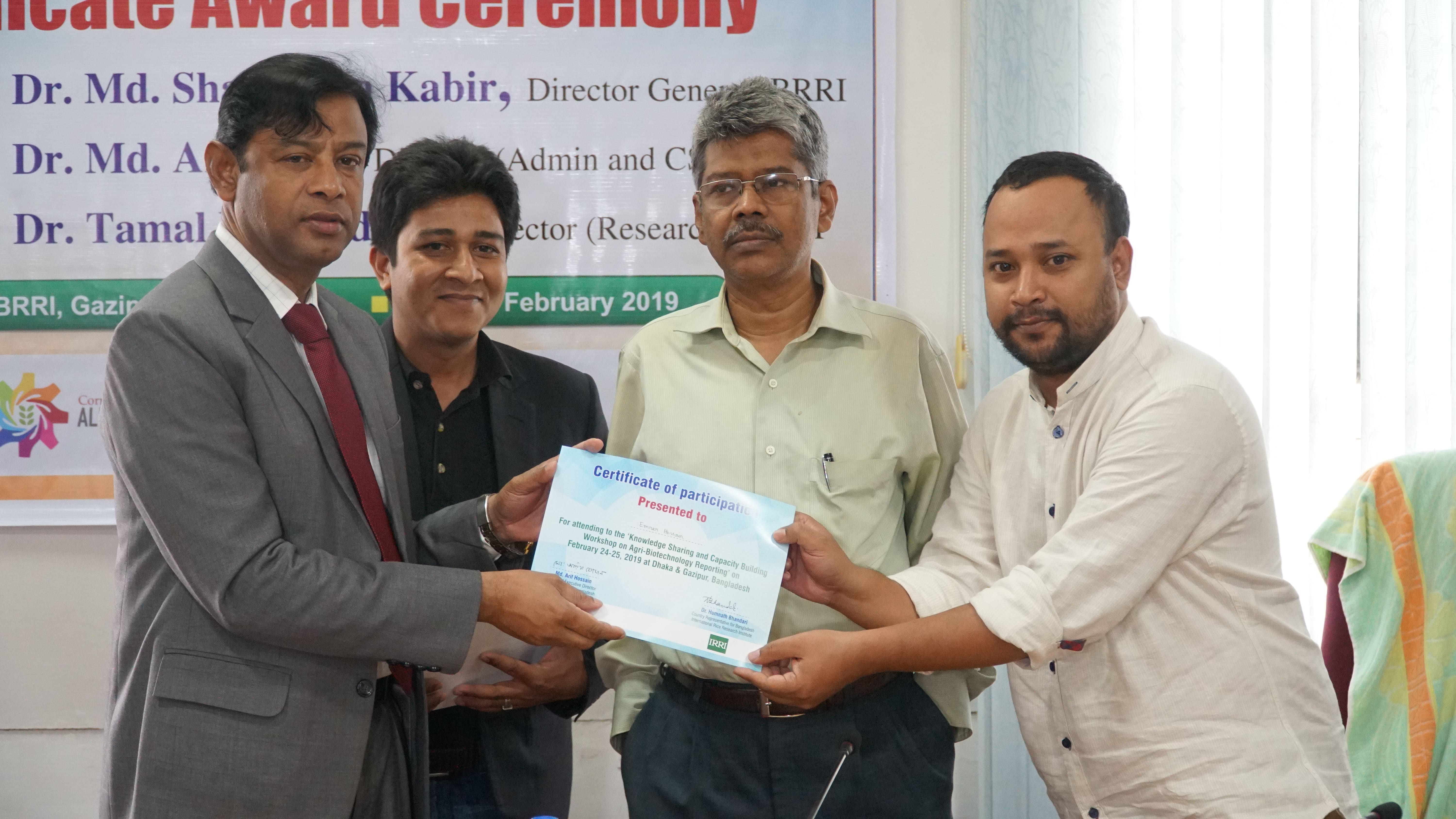 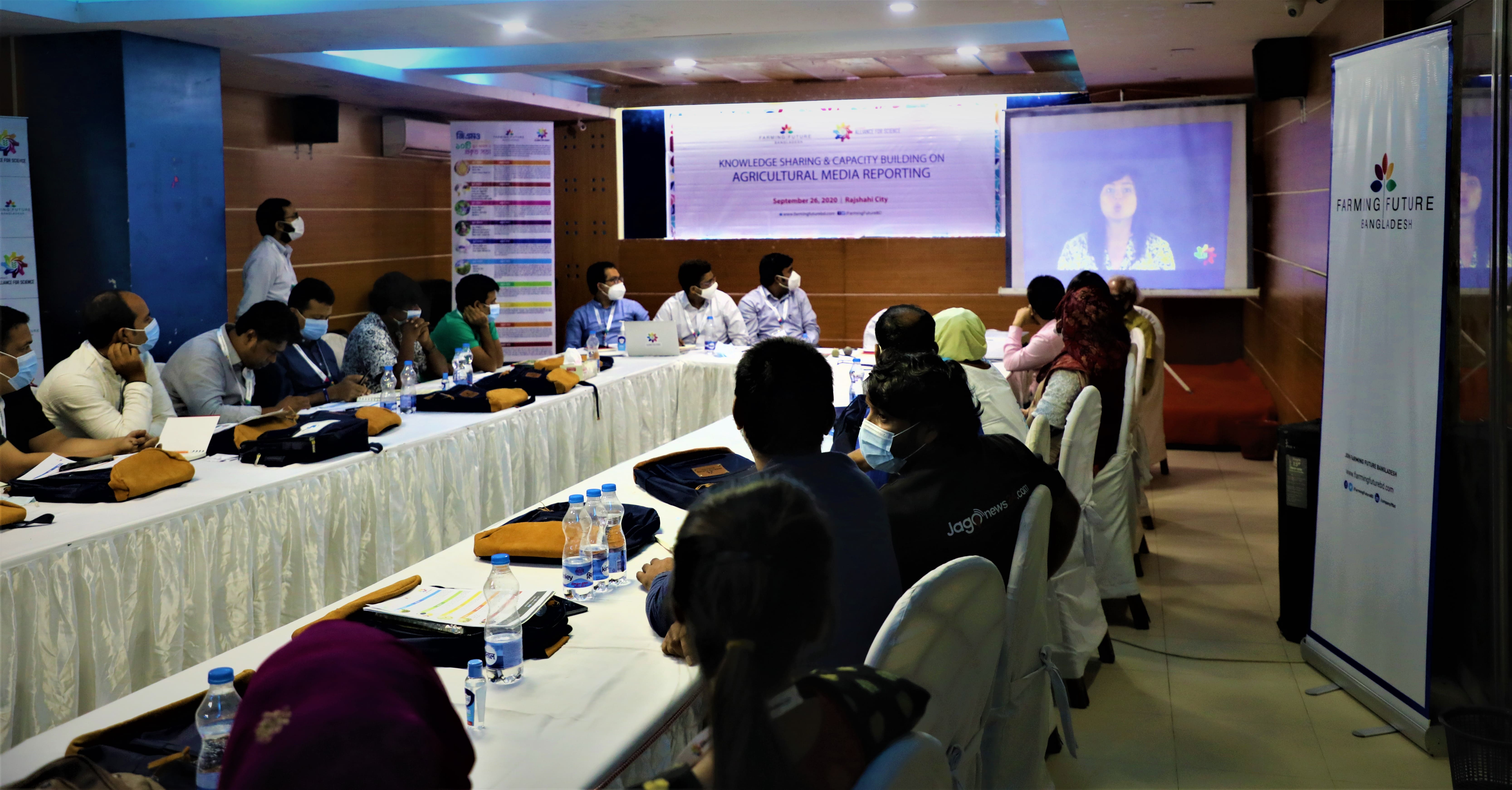 Farming Future Bangladesh has been actively engaging journalists and sectoral experts for skill development and improved access to agricultural innovations. FFB has conducted regional media reporting and capacity-building programs and provided training to more than 150 agricultural journalists of Dhaka, Rajshahi, Rangpur, Sylhet, and Khulna divisions. The day-long training program has guided those professionals to nurture and empower themselves for effective evidence-based reporting.

Both national and regional level journalists have shown positive impactful evidence on science communication and crop biotechnology. Hundreds of news articles have been published across the country explaining the evidence-based information about agribiotech, modern innovations, and research.

Aiming to develop journalists` capacity, a two-day workshop on the application of biotechnology in agriculture, began at a hotel in Dhaka yesterday. International Rice Research Institute (IRRI) and Farming Future Bangladesh (FFB) jointly organized the event with technical support from Bangladesh Rice Research Institute (BRRI). A total of 28 journalists from different print, electronic and online media outlets participated in the training, titled “Agri-Biotechnology Reporting”. The two-day long training ended with a field trip to the Biotech Lab and a field visit BRRI office in Gazipur. Media personnel interacted with speakers and shared their views on the status, prospects, and challenges of agricultural biotechnology.

In the end, participating journalists concurred that agricultural news needs to be data-driven, and correctly represent the science. They also highlighted the importance of the media staying updated with the fast-paced innovations in agriculture at national and international levels. 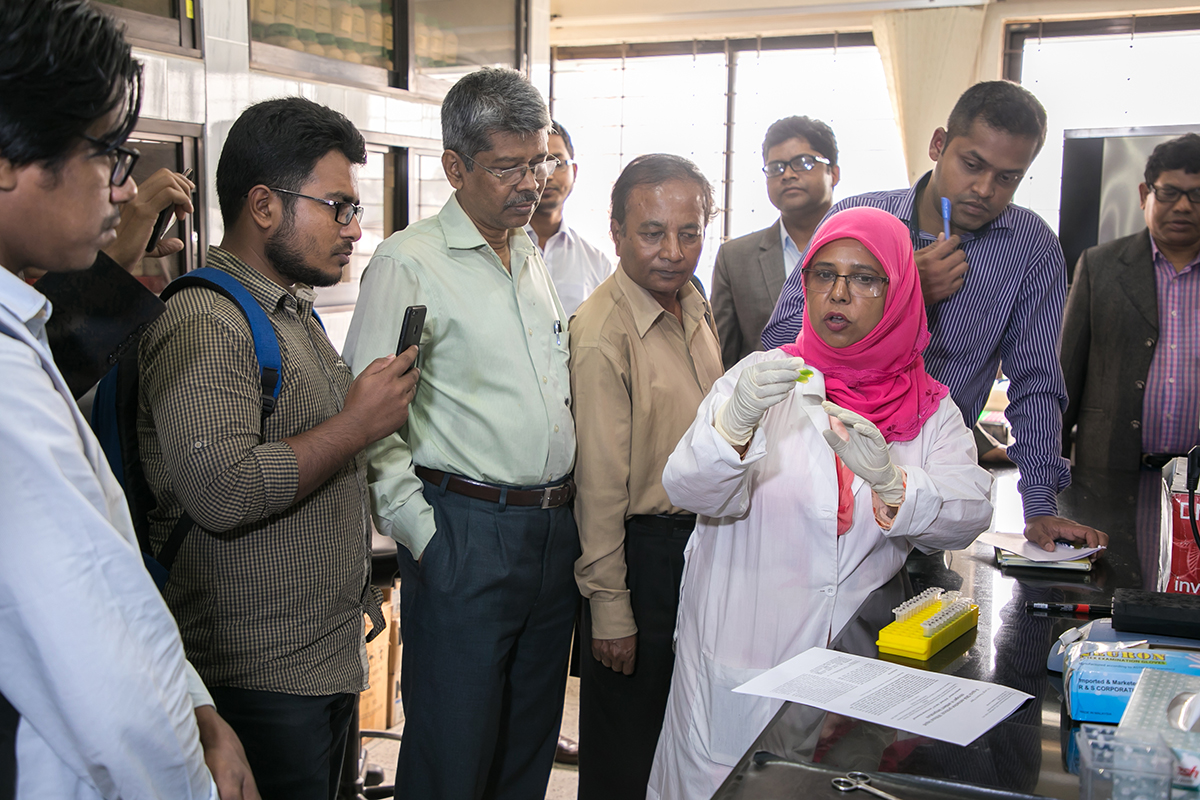 In a bid to effectively disseminate information on agricultural innovation and build the capacity of media personnel to do pro-active and pre-emptive agriculture reporting in attaining SDGs and achieving food security, Farming Future Bangladesh (FFB) hosted a daylong training and knowledge sharing event on September 26, 2020, for 25 journalists from diverse fields of communication at greater Rajshahi region in Rajshahi. The program focused on the skills of effectively communicating scientific and technological innovations like agri-biotechnology and biosafety, which is characterized by both conceptual complexity and multi-disciplinarily, a multi-pronged approach.

When the mass people will get evidence-based results of agricultural innovation, they will understand the integrity of the development and implementation of modern technologies like agri-biotech and crops. Media and communication professionals can be a bridge between cutting-edge agricultural events and the people. 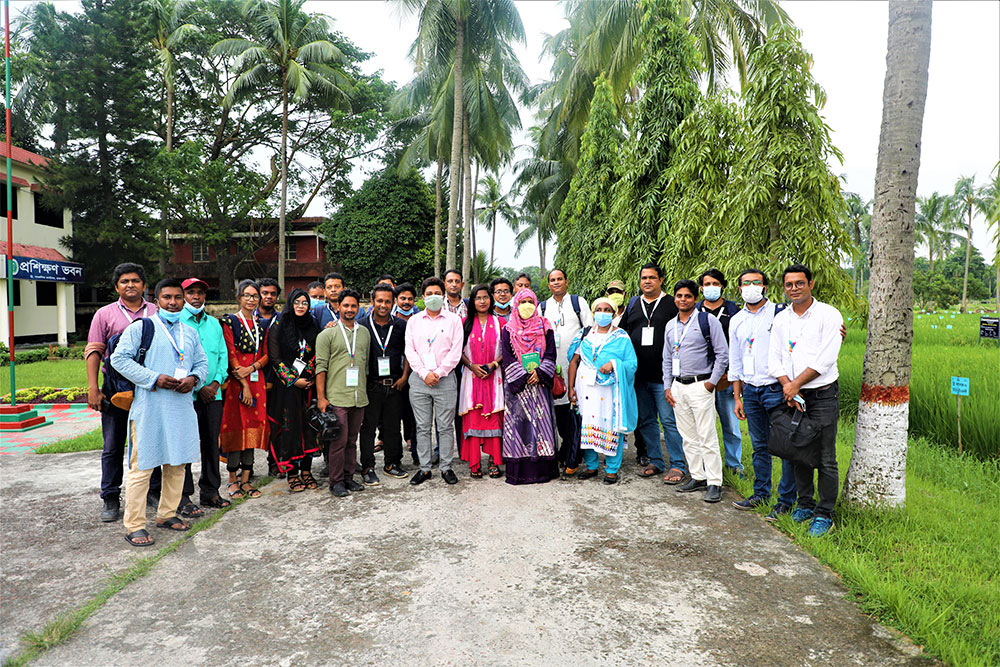 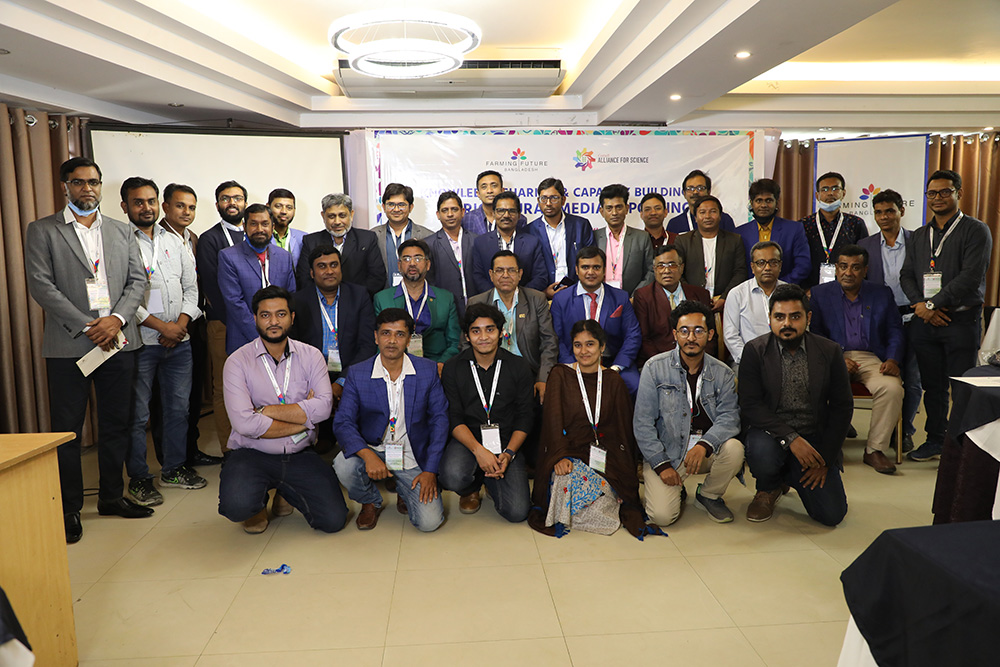 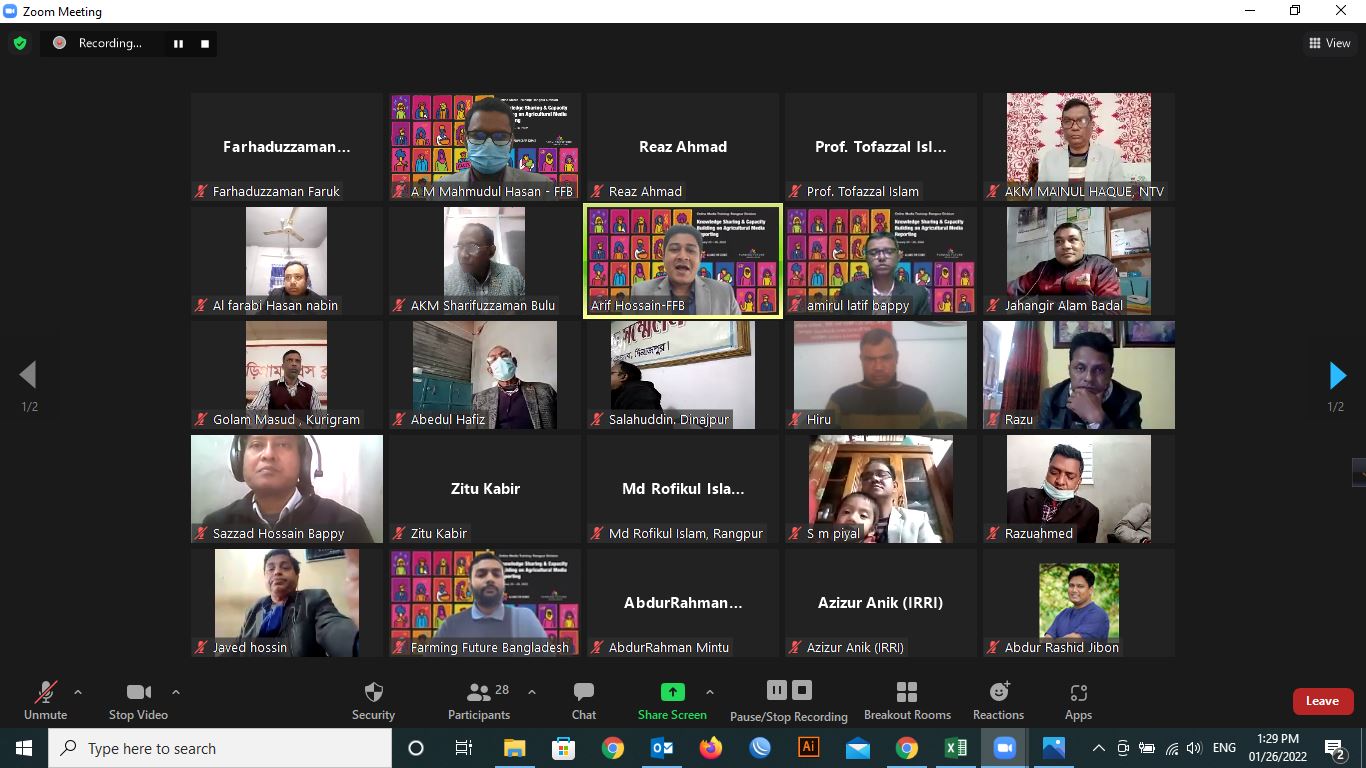 More than 30 journalists from 27 print and electronic media from Sylhet Division participated in the program organized by Farming Future Bangladesh (FFB). Media personnel interacted with speakers and shared their views on the status, prospects, and challenges of agricultural biotechnology. 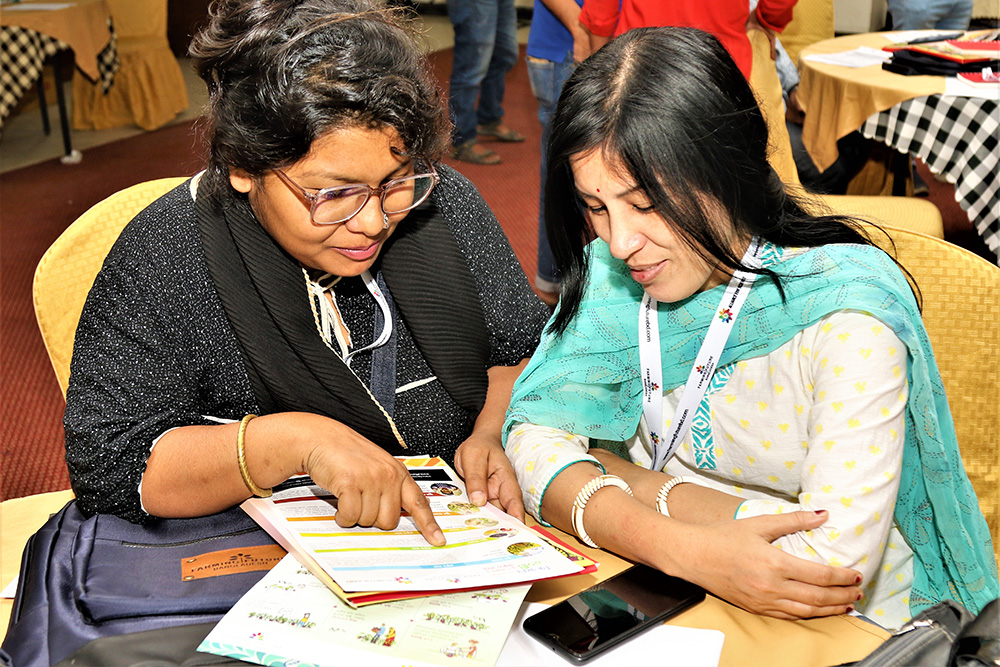