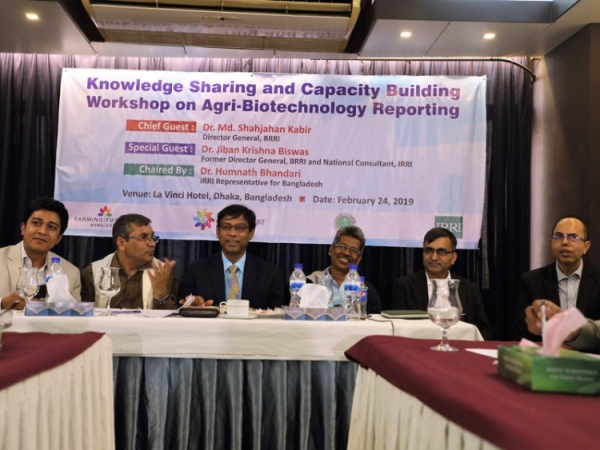 Aiming to develop journalists' capacity, a two-day workshop on application of biotechnology in agriculture, began at a hotel in Dhaka yesterday.

A total of 28 journalists from different print, electronic and online media outlets participated in the training, titled “Agri-Biotechnology Reporting”. The training will end today with a field trip at BRRI office in Gazipur.

Biotechnology is the manipulation of living organisms or their components, through genetic engineering, to produce useful -- usually commercial -- products such as pest resistant crops, new bacterial strains or novel pharmaceuticals.

Speaking at a session of the event yesterday, BRRI Director General Shahjahan Kabir said there are some misconceptions among people about genetically modified organisms.

“Genetically modified crops are completely safe and these have a significant contribution to global agricultural production. Now it has started to contribute to our country's agriculture,” said Shahjahan.

He expressed hope that journalists would help dispel the misconceptions through their reporting.