Why Bt Brinjal Is A Hit In Bangladesh 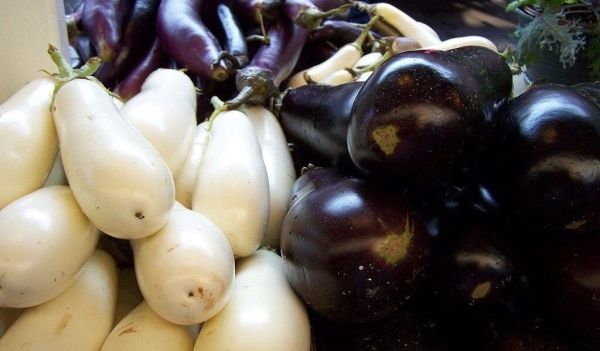 Bangladeshi politicians, unlike their Indian counterparts, have defended the country's agricultural scientists and supported farmers who wanted to adopt the improved brinjal seeds.

It was recently reported that farmers in Haryana are growing Bt brinjal without regulatory approval. Although the original source of the genetic modification is still not clear, what few seem to realise is that India’s neighbour Bangladesh has already been growing Bt brinjal on an increasingly wide scale since the government approved its use in October 2013.

With all the arguments, this is an opportunity to understand what impacts Bt brinjal can have in the real world. In my role as director of Farming Future Bangladesh, I have been working with Bt brinjal farmers in Bangladesh for several years. I have visited them in the field numerous times in different regions across the country. While of course their specific situations and practices vary, there are some clear conclusions that can be drawn.

Overall, Bt brinjal has been very popular. The number of Bangladeshi farmers growing it has jumped from just 20 in 2014, when it was first released on a limited scale, to 6,512 in 2017 and most recently to 27,012 in 2018, covering roughly 17% of the country’s brinjal growers. Over the last few years, nearly a fifth of Bangladeshi brinjal farmers have started growing Bt brinjal, making it the fasted adopted GM food crop. Farmers in all vegetable growing districts of Bangladesh now use Bt brinjal.

The reason for this popularity is that Bt brinjal performs well in the field in combating the destructive impact of the main pest, the fruit and shoot borer. The Bt gene produces a protein that is toxic to the borer pest but harmless to other types of insects and humans. So Bt brinjal fruits suffer less pest damage and their overall productivity is higher. The crop has also been shown to reduce pesticide use, as intended. Earlier, before Bt brinjal was introduced, farmers in Bangladesh sprayed their brinjal crops as much as 84 times a season. Surveys found that at least half of all farmers said they experienced some form of illness as a result of their proximity to these toxic substances.

Bt brinjal does not require spraying against the fruit and shoot borer pest, meaning that farmers can reduce the amount of time and money on sprays. A survey conducted by the Bangladesh On-Farm Research Division of 850 farmers growing brinjal across 35 districts of Bangladesh found that they their pesticide costs fell by 61%. The number of sprays also fell from 41 times a season on average on non-Bt-brinjal to just 11 times on Bt brinjal. (Although Bt brinjal offers close to 100% protection against fruit and shoot borer, these remaining sprays were necessary for other sucking pests that still affect the crop.)

All this helps improve farmers’ livelihoods significantly. The same study as above also found that the net returns per hectare were $2,151 (1.5 lakh Indian rupees) for Bt brinjal as opposed to $357 (25,000 Indian rupees) for non-Bt brinjal, meaning Bt brinjal farmers were earning six-times as much as their non-Bt counterparts per year.

This has largely been a public sector and philanthropic effort. The original genetic engineering using the Cry1Ac gene (also used in Bt cotton and maize) was performed by Mahyco, the Maharashtra-based seed company. Then, the Bangladesh Agricultural Research Institute, under the country’s Ministry of Agriculture, introgressed the material into nine different farmer-preferred varieties. This project also involved Cornell University and was funded by US Agency for International Development (a.k.a. USAID).

The Department of Agricultural Extension distributed the seeds and also sold them last year to 17,950 farmers through the government-owned Bangladesh Agricultural Development Corporation. There are no royalties payable, and farmers can also save, share and trade the seeds freely among themselves. However Bt brinjal in Bangladesh – as in India – has been inevitably drawn into the wider GMO controversy. For example, an organisation called UBINIG, which promotes organic farming and opposes genetic engineering, claimed at a press conference in Dhaka in February this year that some farmers were discontinuing their commitment to Bt brinjal because of poor performance.

This has not been independently confirmed, but either way, at least Bangladeshi farmers have a choice. They can either grow Bt brinjal if they wish or they can continue with the conventional varieties. Indian farmers have been denied this freedom since the indefinite moratorium imposed by the previous government in 2010.

Bangladesh can also be a useful case study for Indian policymakers, especially because Bangladeshi politicians, unlike their Indian counterparts, have defended the country’s agricultural scientists and supported farmers who wanted to adopt the improved brinjal seeds. As Begum Matia Chowdhury, the then agriculture minister, said in 2017, “We will be guided by the science-based information. … As human beings, it is our moral obligation that all people in our country should get food and not go to bed on an empty stomach.”

In India, the country’s leaders will need to make their own decisions about how they respond to this latest development. I hope that amidst all the noise of the GMO ‘debate’, they can take time to look across the border and learn some useful lessons from the real-world experience of the smallholder farmers of Bangladesh.